Sodexo believe that Quality of Life begins when basic needs are met and in 1996 Sodexo employees set out to bring this belief system to life and work towards realising a hunger-free world, as the founders of the Stop Hunger Initiative.

Stop Hunger is now a worldwide Sodexo initiative active in more than 40 countries. Through this initiative, time, skill and money are donated to tackle hunger, support good nutrition and promote life skills in local communities.

In the UK and Ireland, the Stop Hunger Foundation is a grant-giving organisation working with the very best charities that exist to tackle hunger and malnutrition, either through directly feeding vulnerable people or by delivering education or skills training that equip individuals to improve their overall wellbeing and eating habits.

13 million people live below the poverty line in the UK alone, 3.7 million of these are children. This means that 28% of children do not have access to enough food to lead a healthy, active life. The Stop Hunger initiative and the people committed to supporting the charity, work tirelessly to change this shocking statistic.

How do Sodexo employees continue to support the Stop Hunger charity?

Sodexo employees have the opportunity to continue the legacy started by the founding employees in 1996 and make a difference to the world in which we live.

Hands on volunteering requires no special skills other than the heart, the willingness to offer time and to act for change.
Skills-based volunteering for the charities that require specific skills, such as accounting or IT support.

A day held each spring, which focuses on raising funds for Stop Hunger across the region. Everyone is encouraged to get involved in any way they can, employees get involved in everything from leg waxing to baking and marathons.

Each year, major fundraising events are held to help engagement with clients, suppliers and employees on Stop Hunger and work towards fundraising targets.

All Sodexo employees have the opportunity to contribute to Stop Hunger by donating a small portion of their monthly salary. This is an entirely voluntary scheme with 50p of each £1 raised through this means being matched by Sodexo.

Products are sold to Sodexo employees and consumers; all profits are donated to Stop Hunger.

Over the years, the Stop Hunger initiative, its volunteers and Sodexo staff have made life-changing contributions, donations and time commitments to many deserving causes.

A food re-distribution charity that saves good food destined for waste and re-directs it to charities and community groups who transform it into nutritious meals for vulnerable people.

In 2018 Sodexo employees spent over 1000 hours volunteering with FareShare, helping to sort 34.2 tonnes of food equating to 81,668 meals.

A network of more than 400 foodbanks, giving emergency food and support to people in crisis across the UK.

A donation of £100,000 from Stop Hunger helped to expand the Regional Distribution Centre (RDC) in Coventry. The RDC can now accept large quantities of food and distribute it to another 17 foodbanks in the area

The UK's oldest national Armed Forces charity that exists to relieve need, suffering and distress amongst the Armed Forces, veterans and their families in order to support their independence and dignity.

A donation of £40,000 from Stop Hunger in 2018 provided 100 veterans with urgent assistance who are struggling from issues involving homelessness, hunger and basic living needs.

A social enterprise operating in a range of locations in the UK who’s aim is to bring neighbourhoods, businesses and education institutions together to grow their own food using community garden plots.

A £25,000 donation from Stop Hunger was used to run 'The Incredible Community Plot' to create a transformative community activity, within Orsdall, Salford leading to an increase in the community using the refreshed open space and the number of young children who have been active in nurturing the edible plants and vegetables.

A charity that aims to tackle hunger and malnutrition of disadvantaged school children providing breakfast as a fuel for learning.

A recent Stop Hunger donation of just under £10,000 provided breakfast for 250 children in Northwest England for a year.

A homeless charity that works with people who are homeless or at risk of losing their homes.

Over the last 4 years, €22,500 has been donated to the Focus Ireland coffee shop which is the first port of call for those at risk of homelessness. A recent grant enabled over 4000 customers to be catered for at the coffee shop.

A Stop Hunger donation of nearly £10,000 was used to fund vital bakery and kitchen equipment for Priors Court Artisan Bread & Beyond Bakery. This is the UK's first commercial bakery for people with severe autism run under the guidance of a master baker. The bakery supports 50 young people each year and provides work experience, food preparation, handling skills development and real jobs for young people attending the school.

Browse and apply for the latest with Sodexo 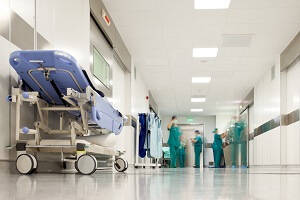 See details of the key locations Sodexo employees work in