With 250 years of helping the people of Britain under their belt, we had quite a bit of history to choose from for this post. Having read through all of the history we could find we thought that we would save you hours of reading by just bringing you the interesting parts, or at least the parts that entertained us and made us say “Really!?”

Our favorites include 1884, the background behind the black horse and 1940, the Spitfire story.

Lloyds Bank began life in 1765 as Taylors & Lloyds in Birmingham. Founded by Sampson Lloyd II and John Taylor, plus their two sons, each invested £2,000.

Sampson, Lloyd’s father, had fled Wales for Birmingham at the end of the 17th century, to escape persecution for his Quaker beliefs. Sampson, also a prominent Quaker, originally followed his father into the iron trade.

John Taylor was a Unitarian and a cabinet maker, who was also well-known for his exquisite snuff boxes. Upon founding the bank, the men left their previous occupations and concentrated entirely on the new venture.

For the first 100 years, Lloyds Bank prospered from just a single Birmingham office.

William Gladstone’s Post Office Savings Bank Act was passed in 1861. Bringing with it more than 2,500 Post Office savings banks within a year, many of these were in direct competition with existing trustee savings banks.

Within ten years, more than 200 Lloyds TSB branches had been forced to close with the remaining branches surviving due to the additional benefits they offered depositors. TSBs paid more interest on savings, and it was easier to make withdrawals. Moreover, their staff were specialists, whereas Post Office officials had many other duties to perform.

After 100 years in business, Lloyds & Co. converted from a private partnership to a joint-stock bank and became Lloyds Banking Company Ltd.

Lloyds had only opened its first branch the previous year. However, serious expansion was just around the corner. With 148 shareholders now investing in the company, its’ capital base was much stronger. This resulted in a period of unprecedented expansion. Over the next 50 years, Lloyds took over more than 50 competitors.

In 1870, the Married Women’s Property Act was passed. For the first time, married women were allowed to keep their own savings. Prior to this, any money that a woman held upon marriage, automatically became the property of her husband.

The new Act allowed women to keep their savings, up to the value of £200 – about £9,000 today. Unlike the commercial banks, savings banks had always attracted female savers in large numbers. With the passing of the Act, the demand for savings accounts was even greater.

Lloyds Bank inherited the famous black horse symbol in 1884. The first recorded use of the black horse sign was in 1677, at Lombard Street in the City of London.

In the 17th Century, there were no street numbers, and so businesses used decorative signs to attract customers. The signs also provided a means of identification in a largely illiterate society.

The black horse sign originally hung above the establishment of goldsmith Humphrey Stokes. By 1728 it was being used by another Lombard Street goldsmith, John Bland. This firm eventually became Barnetts, Hoares & Co and was taken over by Lloyds in 1884.

The Bank's first symbol, the beehive (which represented thrift and industry), continued to be used alongside the black horse until the early 20th century. It still appears on some bank buildings.

Major fraud rocks the savings bank movement 1886. The actuary at Cardiff Savings Bank had embezzled £30,000 - 15% of the total deposits.

The fraud was only discovered on the actuary’s death and following a less than stellar investigation the Banks Trustees then refused to repay the money to depositors in full. Not surprisingly, the crisis escalated, and the whole savings banks movement came under scrutiny, from both the press and the public.

In the wake of the scandal, the TSB Association was set up, partly to ensure any future crises were properly managed.

With the outbreak of the First World War, for the first time Lloyds employed women as clerks, replacing men who had joined the armed services. Six women were taken on at the start of the War, and by the end, there were more than 2,000 on the payroll.

This change was not welcomed by all, many felt that the job was too taxing for women, and that they should look for work where ‘gentleness and sympathy are called for’.

Banking methods remained largely unchanged for centuries until 1928, when a machine was developed that revolutionised accounting. Balancing the books became faster and cheaper with machines.

Business growth and rising costs meant that more efficient and cost-effective processes were needed and the new accounting machines could complete the work quicker using fewer staff and as it turns out, women were employed to operate the machines because they could be paid less than their male counterparts. Not such a requirement for gentleness and sympathy here it turns out!

By the end of 1929, City Office in London, and five other branches had switched over. But the last branch was only mechanised in 1962.

In a brilliant show of patriotism and solidarity during the Second World War, some 12,000 Lloyds Bank staff chipped in to purchase a Spitfire for the war effort. Within months of the inspired idea, staff subscriptions reached more than £7,000, with donations averaging 12 shillings per person.

The Spitfire, fittingly named 'The Black Horse' went into action in March 1941. Sadly, though, in July 1942 it collided mid-air with another Spitfire, and crashed near Weston-Super-Mare in Somerset. Fortunately, the pilot bailed out and survived, but the Black Horse was lost.

In 1947, Lloyds launched a series of advertisements aimed specifically at women. This was a largely untapped market, as many women had never had a bank account of their own.

The campaign was aimed at housewives and business women alike and the adverts included cringeworthy strap-lines such as ‘…and send the account to me’ and ‘…then you won’t require my husband’s signature?’. One even suggested that the fact that women were seeking a new level of financial independence was ‘a tribute to the husbands' good judgement as well as to the intelligence of their wives’.

In 1949, Lloyds Bank abolished the marriage bar. Previously, this had required all women to resign upon marriage! In 1924, one young clerk had successfully concealed her marriage for a whole year until the Bank found out and immediately dismissed her.

Now, for the first time, women could think of their job at Lloyds as a career and not just a means of earning a living before they got married. The Bank also went one step further and granted female staff ‘permanent’ status instead of being referred to as 'supplementary'.

In August 1961, Lloyds Bank opened its first drive-in branch at High Wycombe, Buckinghamshire in a bid to make banking faster and simpler.

Drive-ins were pioneered in the USA, in the 1930s and the High Wycombe drive-in bank was one of the first in the UK. The concept never really took off here, and only a handful ever opened. The US have fared better with the idea and these days many of the banks in the US now have 'drive-thru' ATMs

In January 2009, in the midst of a global financial crisis, Lloyds TSB took over HBOS plc. The new company instantly became the largest retail bank in the UK.

Lloyds Banking Group today serves more than 25 million customers and brings together a host of well-known brands. These include Bank of Scotland, Birmingham Midshires, Cheltenham & Gloucester, Halifax and Scottish Widows, each having its own rich and unique heritage.

2013 THE RETURN OF LLOYDS BANK

On 9th September 2013 Lloyds TSB once again became two separate banks. The familiar black horse logo was given a makeover for the relaunch of Lloyds Bank on the high street. And more than 630 branches were brought together across Britain to form the new TSB.

If you want to read the full history of Lloyds Banking Group they have lots of information on their website.

Browse and apply for the latest jobs with Lloyds Banking Group. 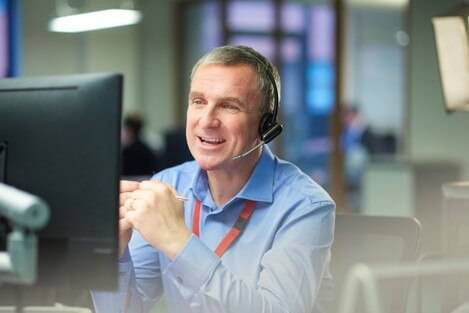 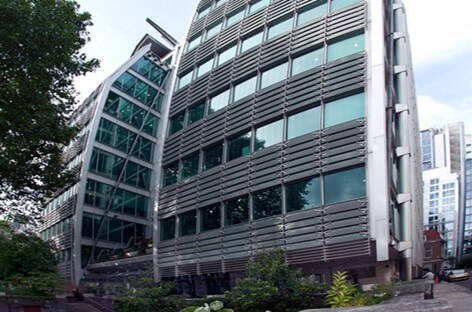 See details about Lloyds Banking Group offices across the UK.