Hospitality and Catering Jobs in Oxford

Browse and apply for the latest hospitality and catering jobs in Oxford. 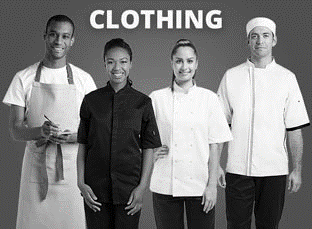 The catering and hospitality sector in Oxford

World-class academic institutions. Picnics by the Thames. Bustling cafes and restaurants. With its ancient colleges, classical architecture, fascinating museums and verdant green spaces, few cities in Britain are quite as picturesque as Oxford.

You don’t have to be a rocket scientist or scholar to make it big in this university city, however. From fine-dining eateries and traditional boozers to neighbourhood bistros and craft beer bars, Oxford has it all when it comes to food and drink.

According to our most recent data, kitchen roles in Oxford have higher salaries than the national average. A head chef can expect to take home up to £35,000 a year, while a sous chef earns around £27,500. There are also a host of hotel kitchens, university canteens and multi-purpose venues in which catering and hospitality workers can earn their stripes.

For those looking to stay on top of their game and get ahead in our industry, Oxford has many opportunities for training and development. A number of industry-recognised courses are available to chefs working in the area, including Oxford Brookes University’s popular Cookery School. If you find work with a Blue Arrow employer, you can also upskill with one of our Blue Arrow Apprenticeships.

Oxford is a sophisticated, diverse city that effortlessly combines a rich heritage with a thirst for innovation. For talented catering and hospitality professionals, few places offer so many opportunities for career progression. With countless high-quality establishments to choose from, including quirky cocktail bars and ye olde English gastropubs, there’s never been a better time to move to the city of dreaming spires.

Cost of living in Oxford

Despite being a student city, Oxford is one of the most expensive places to rent outside London. An average 1-bedroom apartment outside of Oxford city centre will set you back roughly £863.33 per month, while a luxury 3-bedroom city centre apartment costs around £1,993.85.

As a relatively small city, Oxford is easy to get around. Oxford’s bus network provides cheap, regular travel across the city and surrounding villages, with some routes going to nearby towns such as Abingdon and Bicester. As for trains, regular services run from Oxford railway station to London Paddington and London Marylebone, with a journey to the capital taking around an hour. And with its central location in Southern England, much of the country is also accessible by train, too.

Of course, it’s important to get up to speed with local food costs when moving to a new city. Supermarkets in Oxford sell food and drink at the same prices you’d expect anywhere else in the country while dining out at a restaurant also represents decent value for money. A meal for one at an inexpensive eatery costs around £10, while a three-course meal for two people in a mid-range restaurant will set you back around £50.

Council tax in Oxford depends on a number of factors, including the catchment area and the value of the property. The cheapest tax band for residents is £1,323.64 while the priciest properties cost around £4,047.58 a year.

Find out how much you can earn in Oxford

Bars, kitchens and restaurants in Oxford

Though not as established as bigger cities like London, Leeds or Liverpool, Oxford’s food and drink scene has enough options to satisfy all diners. While a ton of chain restaurants can be found in the city centre around George Street, Gloucester Green and the Castle Quarter, newcomers have to look further afield for fine-dining options. But once they do, they’re in for a treat.

With its fragrant flavours and colourful offerings, Oli’s Thai is considered to be the best Thai restaurant in Britain by those in the know. Since opening its doors in 1996, Brasserie Blanc (led by celebrity chef Raymond Blanc) serves up the very best in seasonal French cuisine. Cherwell Boathouse is quintessentially Oxford: providing a high-class tasting menu alongside a tranquil stretch of the Thames. Other hits with diners include the luxurious Old Parsonage Hotel and the Gallic Pompette.

Haute cuisine may have a natural home in Oxford, but so too does casual dining. Big Societyis an American-style bar that’s proven a big hit with students thanks to its burgers, fried chicken and cocktails, as well as its table football and ping pong. The bistro-like Quod Restaurant & Bar is another crowd-pleaser, attracting a diverse range of diners including students, young professionals and families. Kazbar, meanwhile, effortlessly fuses Spanish and Moroccan food and decor for a unique dining experience.

Gastropubs are also a big deal — just ask anyone who frequents the ever-popular Magdalen Arms or the 17th-century The Perch. Oxford is literally dotted with historic pubs that serve up some of the finest British ales in the most rustic of settings, making it a natural home for craft beer lovers. If you’d rather work in a modern bar, the city’s growing cocktail scene (The Alchemist and The House are particular local favourites) will leave you with plenty of choice.

Thanks to the intellectual buzz of university life, Oxford and cafe culture have become synonymous over the years — making the city a prime destination for baristas, waiters, pastry chefs and anyone else who thrives in a cafe setting.

Tucked away in the vaults of St Mary’s Church, Vaults & Garden uses organic, locally-sourced ingredients to create delicious dishes and drinks served at reasonable prices. Meanwhile, Colombia Coffee Roastersand The Missing Bean have become a morning ritual for coffee aficionados en route to work or lectures. And how could we fail to mention The Grand Cafe? Dating back to 1650, the oldest coffee shop in England is perfect for a spot of afternoon tea.

Whether you’re an experienced head chef or a student searching for summer work as a part-time bartender, Oxford is sure to have a catering and hospitality job that’s suitable for you.

Get your free CV templates here

Where to find Blue Arrow in Oxford