Where do you currently work and what do you do?

I am a Relief Chef, so I work in different places every week but recently I has been at Sodexo at Nottingham University working as a Chef in the Starbucks franchise.

What does a Chef at a University Starbucks do?

Starbucks have their own way of doing things so following their own procedures, I make breakfast, lunch and dinner for students, visitors and professors. Sodexo have really high standards that they expect from their staff, so you have to take a lot of pride in your work and make good food.

I would say they are a middle-of-the-road sort of employer, so some days really good, some are normal and some days I am under quite a bit of pressure. It depends on the day and also what is going on around you. Generally, they are ok, temporary workers are treated really well and with respect, sometimes better than the permanent staff.

What were you most nervous about before you started?

Nothing really, I am an outgoing person and I get on well with people so I knew I would get on ok with a new team. It is all part of being a Relief Chef.

Did you receive any training before you started?

I was shown all of the basics about how Starbucks and Sodexo like to do things, but for actual job training we already know what to do from our catering qualifications and that doesn’t change too much.

Are you aware of any career progression or self-development options?

Yes, Sodexo have told me that I could become a permanent staff member but if you take employment direct then the salary is so much lower than when you do temp work with an agency. It depends what you want out of a job but I want the extra money, so I am staying as an agency worker for now.

Mainly I love cooking so that is what I like most but the people I am working with are good too. Being at the University we get lots of professional athletes coming in, I like to see all of them and when they compliment the food and the service, it feels really good.

What do you dislike most about your job?

Probably that the work is not guaranteed, especially as a Relief Chef, there could be lots of work and then suddenly no work for a short while as the main employer, like Sodexo, could make changes with their permanent staff and that could change how much they need me.

At Sodexo you have good high-quality equipment and a nice kitchen set-up. Even at Starbucks where the kitchen is really quite small they suit the equipment to the area really well.

There are other staff in different positions in Starbucks and they are all great but, in the kitchen, I usually work on my own as there is only one Chef on at a time. There is another Chef who works different shifts, he is ok, but we don’t work together often.

Do you receive on the job support from management?

I don’t need much support; I do try to get on with things as much as possible on my own but they are available you if you need anything.

What are your long-term goals?

Eventually, long term, I would like a full-time job but one that comes with a good salary. I know it will probably still be less than I can earn with the agency, but you do get other benefits, so the salary doesn’t have to be amazing, but it does have to reasonable.

Would you recommend your job to a friend?

Yes, I would recommend it. As an agency Chef you have to work really hard, but it is worth it.

Browse and apply for the latest with Sodexo 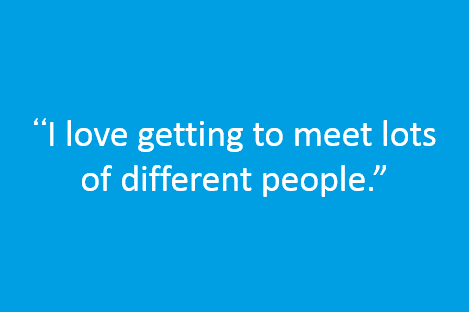 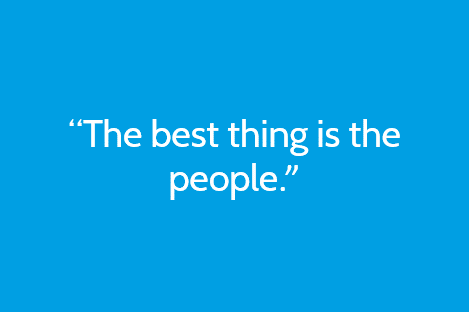 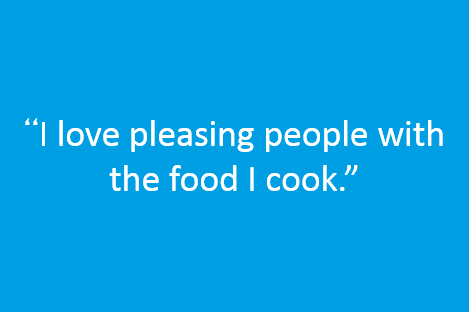