As you read in last week’s blog, fermented foods look set to be one of the hottest food trends in 2019. Every day — from South America to Greenland — grains, vegetables and meats are transformed into fermented food and drinks. But whilst we’ve all heard of sauerkraut and sourdough, it’s the weird and wonderful ones that have got our mouth’s watering...

Kombucha, tempeh and miso. You’ve probably seen them on Instagram. You may even think they’re a hipster fad. But fermented foods like these have long been a staple in almost every global cuisine. Despite its recent popularity on social media, fermentation is one of the oldest methods of food preservation, with a history dating back to the beginning of agriculture.

And it wasn’t always about preservation. It was also used for medicinal purposes. The ancients must have known something as today fermented foods are promoted as a fertile source of healthy bacteria, a positive influence on gut health, and an immune system booster. Some scientists even say they’re an aphrodisiac (no wonder Instagram is so smitten with fermented foods!).

Whilst we can all imagine slurping on miso soup, experimenting with kimchi in our kitchen, or adding tempeh to our taste buds, some fermented foods might not be the easiest sell for paying diners. After all, watered-down gruel or locust beanballs aren’t the most appetising dishes to see on a restaurant menu.

Despite this, the weird and wonderful world of fermented foods is one of the most interesting of all — whether you’re a food historian, a professional chef, or just a keen foodie. Read on to see if you can find something that tickles your tastebuds in the crazy world of food fermentation… 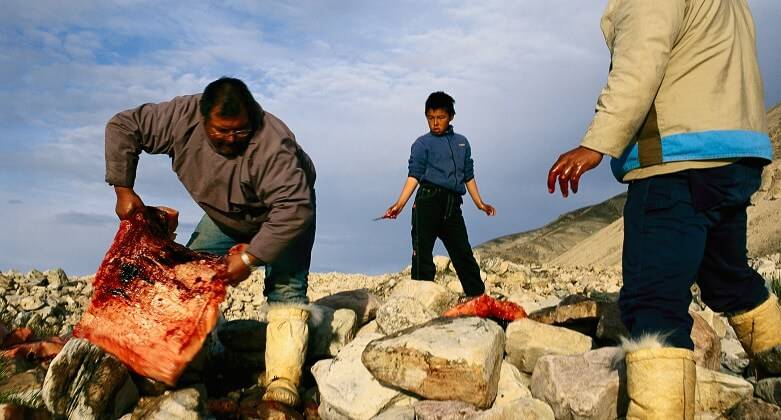 Kiviak might just be the weirdest fermented food on this list. It’s also the least likely you’d want to include on a restaurant menu or think about using in your kitchen.

Many of you are probably used to the slightly sour taste of fermented cabbage. But how about 300-500 birds stuffed inside a seal skin, left outside under a rock for up to 18 months? Yeah, we’re not tempted either.

But amongst Greenland’s rural Inuit community, kiviak is a meal for celebration. As one of the most pungent foods on the planet, it should come as no surprise that Inuit families always eat their kiviak out in the open. Wonder what it tastes like? Reviews include “the strongest cheese I’ve ever eaten” and “sicky liquorice.” 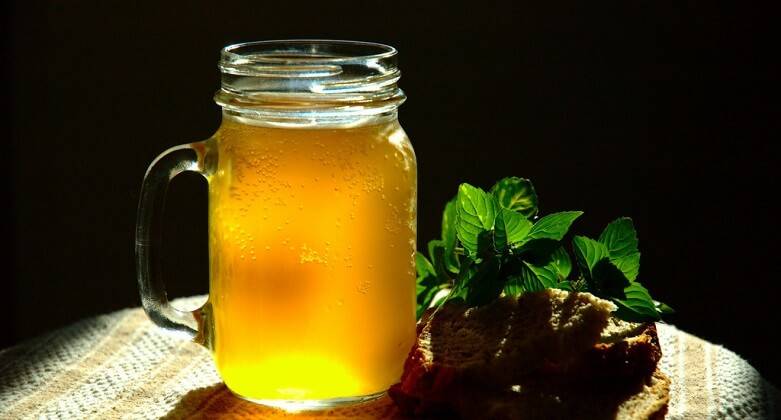 Phew, now we’ve got the most disgusting fermented food out of the way, we’ve gone for one that’s a little more palatable. If you’ve tried kombucha before, you may even want to give this a go. Kvas, or as we like to call it, Russian cola.Unlike normal cola, which is essentially sugar water, kvas has real-world health benefits. Made from rye bread that has been left to go stale (and sometimes with raisins), kvas was first mentioned in Russian chronicles back in 989. Though its origins aren’t exactly clear, what is clear is that it is a rich source of vitamin B, as well as being a natural, healthy energy source.

Though still widely sold in Russia, Ukraine and Belarus, it’s less popular than the cola we know. But thanks to Instagram trends, we’re now starting to see people in the UK jump on the kvas bandwagon.

From Beet Kvas in Borscht soup, to traditional Soup Okroshka we’re going to be hearing a lot more about Kvas. In the latest Off the Menu podcast, for example, comedian Sindhu Vee revealed that she uses Beet Kvas every day. We tried it, and it’s pretty tasty. Perhaps it’s time for you to give it a go?

Fermented locust beans. Doesn’t sound so tasty, does it? But hold those preconceptions, iru is one of the most nutritious fermented foods on this list. Popular among the Yoruba and Edo people of Nigeria, it is a sour condiment that is used on traditional soups.

Iru can be found in both fresh and dried varieties. The pungent fresh iru, usually wrapped in leaves and served at local markets, is on the odorous side — though not as smelly as the weird birds-seal combination we mentioned earlier. Dried iru, however, is served as cakes which can be stored for many years.

When it comes to health, locust beans are high in lipids, protein, as well as being a good source of calcium and fat. They also happen to be high in amino acids. For a simple condiment, iru is one powerful fermented food. It might not be on your menu today, but if you can source it, iru is an ingredient that could set your dishes apart.

Read any Victorian novel and the food-stuff that’s usually mentioned to signify scarcity is watery porridge. Whilst togwa, from Tanzania, isn’t in any way related to Oliver Twist, this watered-down gruel is in no way scarce. In Tanzania, hundreds of thousands of people drink it every day. Togwa is used as a nourishing drink for the sick, as well as an energy drink for farm labourers. But it’s not just a cure-all or energy booster, people drink it for its taste too.Made from sorghum, millet, maize and cornmeal, cooked in a clay pot and then left in the sun to ferment, it might not sound like the perfect thing to drink in the heat of Tanzania. But there is a reason why it’s popular. It’s delicious.Served hot or cold, it’s a real thirst quencher but it’s not a drink we can see appearing on menus any time soon.

If you didn’t fancy the delightful-sounding combination of fermented birds wrapped in a seal, how about dried, rotten chunks of shark from Iceland? The national dish of Iceland (the country) receives mixed reviews from professional chefs. Gordon Ramsey couldn’t swallow it. Anthony Bourdain described it as “the single worst, most disgusting and terrible tasting thing.”OK, so not exactly mixed reviews. But hakarl remains a big part of Iceland’s national heritage. This is despite the fact that the shark used in hakarl is toxic to humans, is not technically fit for human consumption, and smells like ammonia. Expect to see a hakari restaurant making waves in a hipster haven soon.

How useful did you find this article?
Thank you for your feedback!
Back to blog listing
Share This:

Browse and apply for the latest jobs in catering.

Get the latest blog articles and news updates straight to your inbox.